We have a tradition of excellence in our performances and contest participation.   Our fine orchestras consistently earn sweepstakes at  UIL Concert and Sightreading Evaluation.    The Austin Academy program offers five different levels of orchestra from Beginning  to Honors.   There is a place for every student who wants to be involved.  In addition,  there are seven music enrichment teachers who are available to assist students on an individual basis.  The directors, Mrs. Jane Samford and Mrs. Sara Howell, strive to help each student reach his/her musical potential. 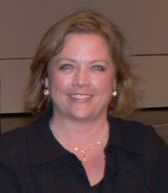 Jane Samford earned a Bachelor of Music Education from University of Tulsa in 1986 and a Masters of Educational Administration from ETSU (now Texas A&M Univ. Commerce) in 1993.  She taught orchestra for 12 years in Dallas and Mesquite Independent School District, then served as an assistant principal for 6 years at Vanston and Agnew Middle Schools in Mesquite

After marrying Brent Samford in June 2004, Mrs. Samford returned to the orchestra classroom at Austin Academy.  She plays violin and piano and enjoys playing in the orchestra at church with her husband, Brent and daughter.

Sara Howell began her Cello studies with Jean Schneider Goberman at the age of seven. In addition to her private studies, Ms. Howell attended the School for Strings and later The Juilliard School Pre-College Division.

Mrs. Howell moved to Texas to attend Southern Methodist University, where she received both her Bachelor and Master degrees in Music Theory. While at SMU, she studied privately with Christopher Adkins and Ko Iwasaki. Mrs. Howell was a member of the Irving Symphony Orchestra for 21 years.  She is a member of Texas Music Educators Association (TMEA) and Texas Orchestra Directors Association (TODA).

As a benefit of the GISD Bond agreement, AAE was awarded a face lift and expansion to our Orchestra room.  Students and faculty enjoy the new facility by being able to spread out and play their instruments.

Each of our orchestra groups competing brought home sweepstakes, earning top scores in all categories.

If your student has tested positive for COVID-19, you are required to fill out the Positive Case Report form to receive return dates and excuse your student's absence.

If your child has had close contact with other students or staff within 48 hours prior to the start of symptoms or if you have any COVID related questions, please email us at COVIDHELP@garlandisd.net.